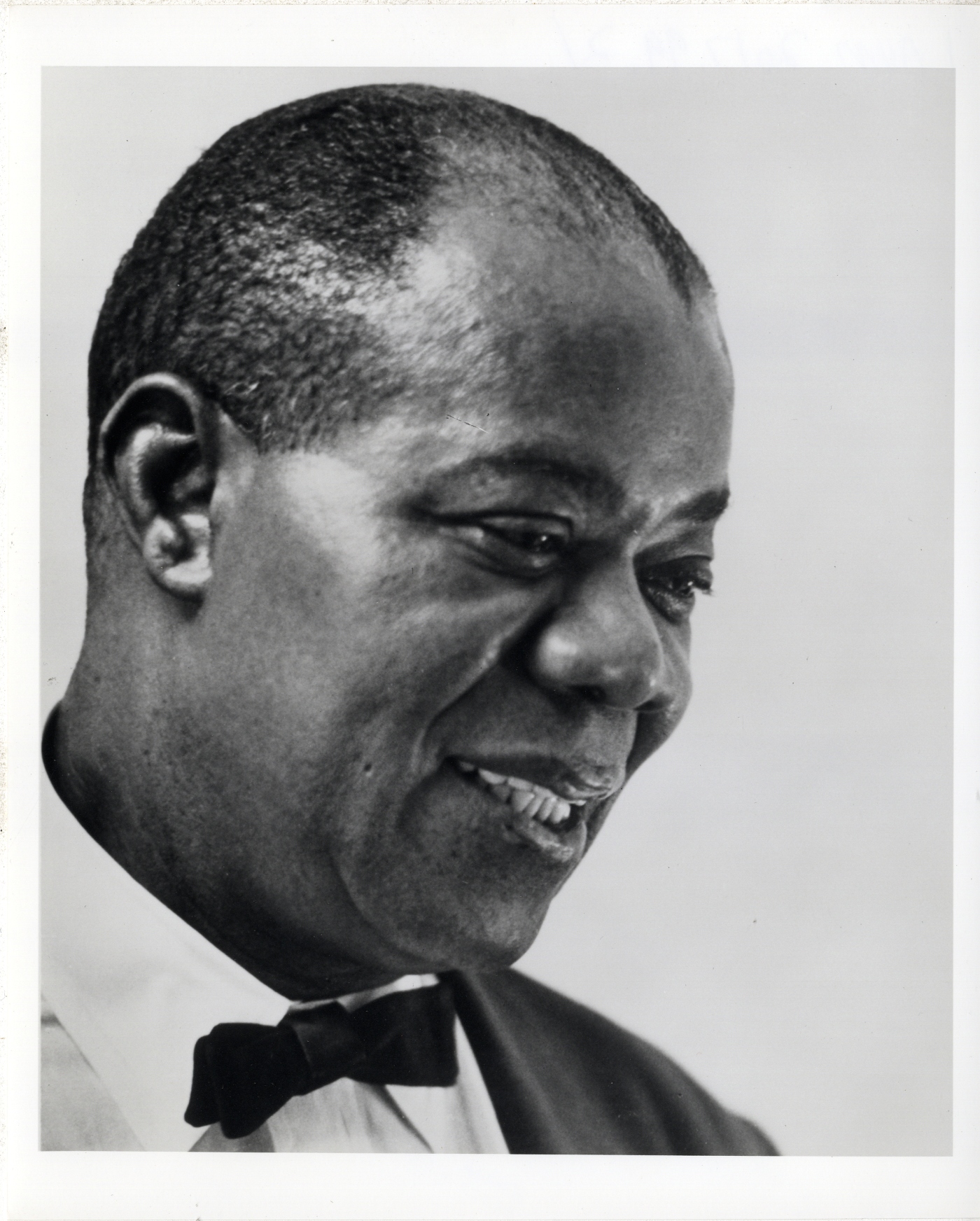 Listening to Louis as an ethnomusicologist

I began studying ethnomusicology while an undergraduate music student at Emory University. After realizing that I did not possess the singing or acting skills to pursue a career in vocal performance nor the ear to pursue a career as a music theorist, I began searching for a way that I could stay connected to music. Attending more school and continuing to study ethnomusicology seemed like the right path for me. I was more comfortable doing research in the library than singing in front of an audience and I liked the idea of investigating music’s role in people’s daily lives. After college, I enrolled in UC Berkeley’s ethnomusicology graduate program, which I hoped would train me further and prepare me for a career in academia.

While attending UC Berkeley, I had to take a course entitled “Transcription and Analysis in Ethnomusicology” during my first semester. In the class, my cohort and I had to practice listening to various kinds of music and subsequently create transcriptions based on what we heard. Doing this practice was supposed to help train our ears for future times “in the field.” For the final project, I made several transcriptions of the vocal line of the first verse of four different covers of the torch song “Cry Me A River,” written by Arthur Hamilton. I chose to focus on the versions created by Ella Fitzgerald (1917-1996), Julie London (1926-2000), Barbra Streisand (1942-present), and Dinah Washington (1924-1963). Using Sonic Visualizer, I also created some spectrograms to accompany certain parts of my transcriptions. I hoped the spectrograms would capture some of the vocal nuances of the different singers. I spent hours laboring over my transcriptions for my final project. I listened to the first verse of the four covers of “Cry Me A River” too many times to count. I used to love listening to the four covers. Yet, whenever I hear them now, I feel stressed — my ears and body remember those intense listening sessions all too well.

While reflecting on my time in the ethnomusicology program, I realized that I rarely listened to music with my cohort, and the only time we regularly engaged in “collective listening” was when we were in the transcription course. Shouldn’t graduate-level ethnomusicologists listen to music together in the classroom? I suppose there is a reason why my cohort and I didn’t do “collective listening” often. The other graduate courses we took were designed to improve our reading and writing of “theory.” Here, I refer to “critical theory,” not “music theory.” In those courses, we talked about different ways to analyze music practices, individuals/groups, scenes, etc. in connection to the theories of scholars discussing topics such as political movements, race/ethnicity, globalization, feminism, and capitalism.

As a researcher in the program, I studied music created by South American singers who I thought were doing interesting cultural work in folk and popular music scenes within, across, and beyond the borders of their native countries. I must admit that even though I considered all the South American singers I wrote about to be fascinating individuals, I rarely listened to their music for pleasure. Let me explain. Their music suited my academic interests and excited me intellectually but was not my go-to music when working out, driving my car, or cooking meals. I do not think of myself as an unusual ethnomusicologist because of my desire to keep the music I researched separate from the music I listened to for pleasure. I know there are other ethnomusicologists out there who do the same, even though they may not be conscious of their choice to maintain boundaries.

All these experiences made me think about ethnomusicology and define an ethnomusicologist in a certain way. Yet, listening to Louis during this fellowship has forced me to rethink the above. For example, prior to the fellowship, I listened to Louis for fun. Now, I still listen to him for fun, but I also listen to him with my “thinking cap” on. With Louis, I broke my “rule” about keeping the music I research separate from the music I listen to for pleasure. Oh! I wish I had broken this “rule” before now!

While studying Louis and his interactions with recorded music in his den, I discovered that I can still be an ethnomusicologist and not create transcriptions. I have learned to ask critical questions that do not necessitate what I consider a “traditional” ethnomusicological tool. My listening sessions are less stressful now that I no longer force myself to notate every detail of what I hear. My research on Louis has expanded my academic identity, and for that, I am grateful. My writings on several South American singers allowed me to interweave a discussion of political instability, social media activism, and Indigeneity, while my research on Louis has enabled me to focus on sound, audio technology, space, and listening. Thanks to Louis, the phrase “listening as an ethnomusicologist” will never mean what it once did, and I am happy about that.