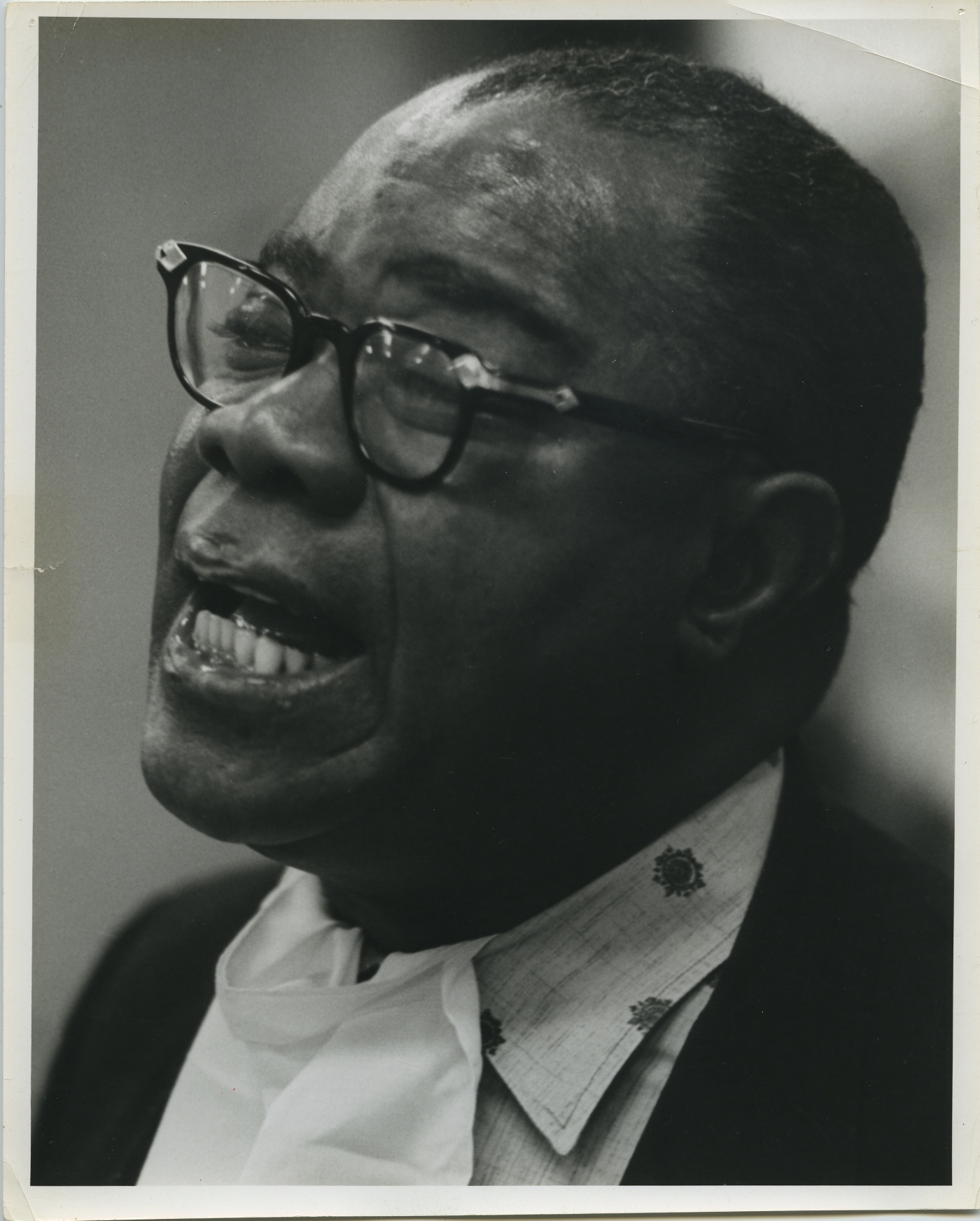 While writing my last post I began thinking more about Dr. Martin Luther King Jr.. I began considering what his ideals were, who was impacted by them and therefore impacted by the loss of him. I listened over and over to the recording of his “Free at Last” speech that I previously shared a clip of and each time felt like I was in a time warp, flipping between the 1960’s reality and the one I know today. For a moment I got stuck in some sort of vortex; I had come across a recording of Hosea Williams speaking to NBC news broadcasters on April 4, 1968, moments after Dr. King was assassinated. I felt like I was floating, having an outer body experience and as I listened to Hosea’s voice describing the events that took place that afternoon at the Lorraine Motel, it seemed as if the color completely faded from my vision and my world was left in variations of grey.

I will share the recording, and would like to as well place a warning that it does contain sensitive material that could be considered violent. This content warning is not to discourage your indulgence rather to bring awareness.

I am all too familiar with the grey concept, many people refer to it as Black and White. It has been a study of my research for the past two years and the core to many of my artworks. At this particular moment I struggled with understanding why this color deficiency took place. What was it about that recording of an event that I have known and heard stories about my whole life that brought me to this subtle middle ground or grey space?

Then I realized I was trying to connect the conditions Louis Armstrong may have had to deal with and those that Dr. King fought to bring justice to. I thought about the need to fight for freedom, and how if the country we called home was truly operating as equal, then the need would not present itself at all.  Yet still there were separations that instilled inferiority due to skin color perception, and although Dr. King and Louis Armstrong lived different lives, their challenges overlapped and somehow brought me to this grey space where they met.

In a 1961 Ebony article titled “Daddy, How the Country Has Changed” written by Louis Armstrong, he describes challenges he experienced throughout his career thus far. Louis was then 60 years old and recalled moments like “ play[ing] night clubs and spots which didn’t have a boy’s room for Negroes,” he said,  “we’d have to go outside, often in the freezing cold, and in the dark.” I compare some of these experiences with that of a few Dr. King mentions in his 1963 Letter from Birmingham Jail. My goal was to see if I could find what things in particular overlapped, and maybe bring some color back to my situation. I wasn’t sure if I could, and for my visions sake I hoped that I would, nevertheless my everyday world won’t ever go back to the same colors that they were.

This post is the first in a series of thoughts dedicated to the “opportunity to honor the too-often neglected accomplishments of Black Americans … throughout our history,” as stated by President Gerald Ford in 1976. This year we recognize the 45th Black History Month celebration.