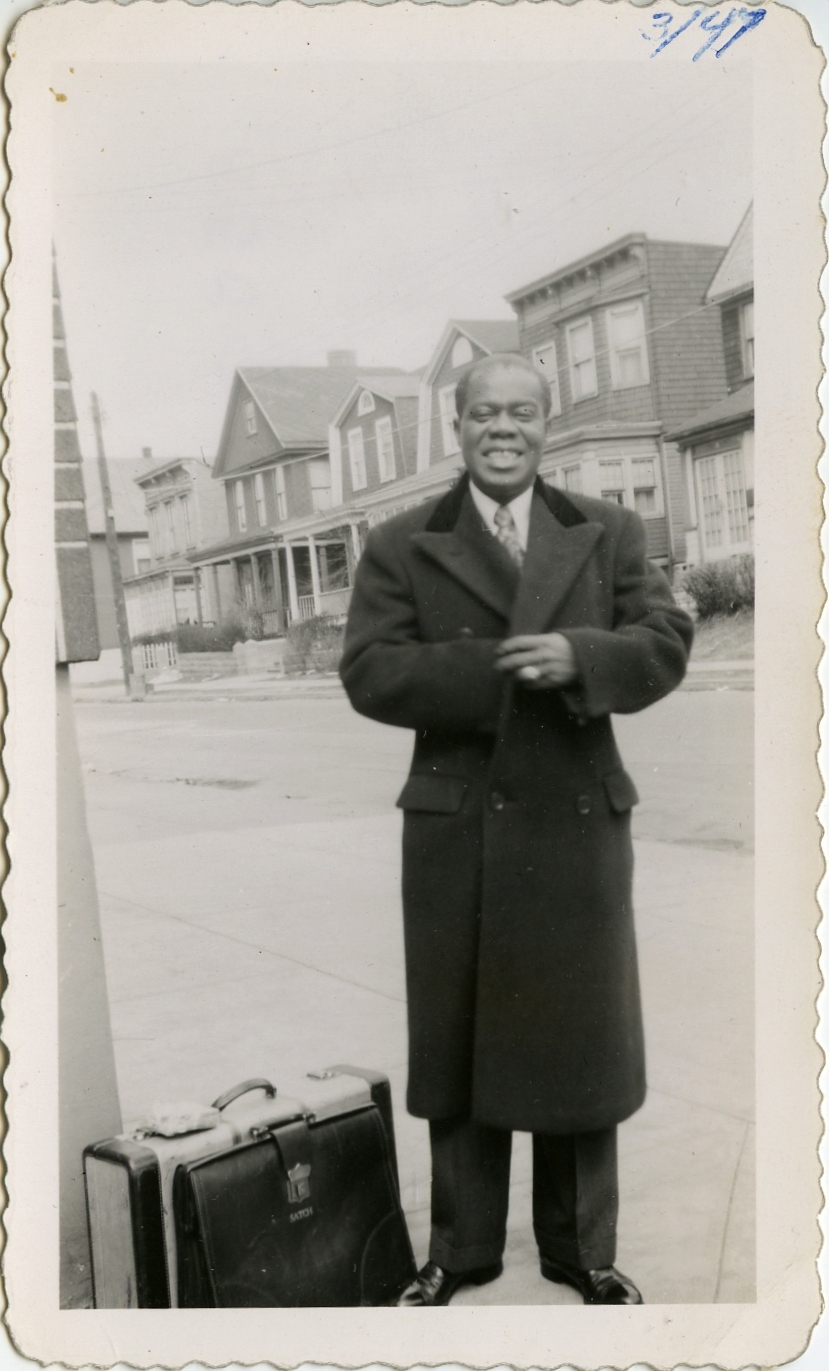 After two months as a fellow I have already learned and experienced more than I could have ever imagined. Probably the most enlightening aspect of this fellowship has been my interactions with the public. While conducting tours at the Louis Armstrong House Museum, I have been introduced to people from all walks of life that come to visit. Visitors from different states and different countries make the voyage to Louis’ home to view the residence of the Father of Jazz. Each person carries their own personal reason for making the trip, yet each of them are moved by his story once they enter the house.

New York is known as the “Great American Melting Pot” for good reason. Every street is filled with stores, restaurants, and cultural influences from around the world. From Little Italy to Chinatown, New York City is by far one of the most diverse places. Out of the five boroughs in New York, Queens is historically the most culturally mixed. Seventy-five years ago, Louis Armstrong settled in one of those diverse neighborhoods in Corona, Queens. Originally an Italian and Irish community, Corona welcomed black home owners in the early 1940s when the Armstrongs purchased their home. Today the Corona community has shifted to a predominantly Hispanic neighborhood. Natives of Corona often stop by the museum to visit the garden when the weather permits or to bring their curious children that walk by each day. Many of the local residents take the tour in Spanish with Visitors Services Manager Adriana Filstrup.

Each day visitors from around the world enter into the Welcome Center of the Louis Armstrong House Museum. As they arrive to the early twentieth-century style home, many stop to take photographs outside and converse with the house staff. It is during that initial interaction that their personal stories begin to unfold. On my first tour as a docent, I guided a group of seniors from New Jersey. They were a delightful group filled with stories about seeing Louis in concert or how “What A Wonderful World” was their wedding song. As each new room was introduced, several would exclaim that they also had the same furniture in their own homes. Particularly with senior visitors, the house is a nostalgic moment for them. Often they describe the experience as if they stepped back into their own youth for just a brief time.

In contrast to the nostalgic memories of the seniors, the Louis Armstrong House Museum also introduces Louis’ legacy to children from all over the city. Teachers contact the museum group tours account to request dates to bring their classes, sometimes the entire grade. Docents guide the excited children into the house and have the opportunity to instill a special message through Louis’ story. This year the LAHM has implemented Satchmo’s Classroom, directed by musician Bria Skonberg. Satchmo’s Classroom is specifically designed for students to interact with Teaching Artists when they visit the museum. The Teaching Artists present activities utilizing their musical skills to different age groups with a common message. Each interaction is supposed to teach the students about Louis Armstrong’s background and extensive career. My favorite part about guiding the young students is the look and comments of astonishment once they enter into the house. Many of the items look foreign to them yet they are captivated by Louis’ story of making a way for himself.

Perhaps the most interesting visitors to the museum are the foreign guests. Many of them travel from Europe and Asia to New York for holiday and decide to venture into Corona to see this remarkable house. Initially I was shocked to see that a large part of the visiting demographic was European, more specifically German. I remember a gentleman coming to the museum with his wife from Berlin. He stated that he was a member of the first and longest lasting jazz orchestra in Germany and wanted to come to Corona because Louis had such a presence in Germany when he was touring. Once on the tour, he became emotional entering into Louis’ den and hearing his voice throughout the house. He explained that it could only be described as finally making a journey to Mecca.

In September, the museum welcomed another guest named Hansi Jochmann from East Berlin. She sang  “Onkel Satchmo’s Lullaby” with Louis in 1965 on television while he was touring Germany. It is truly a pleasure to meet people who remember meeting Louis or have personal anecdotes about time spent with him. It helps to understand the type of friend and man he was during his life.

After now guiding several tours, I’ve had the opportunity to analyze the different types of visitors that come to Corona. Aside from the numerous group tours and European visitors, there are few African American guests. I’ve attempted to rationalize why there is a larger percentage of elderly or foreign white patrons and barely any people of color. Although Louis Armstrong is a black entertainment pioneer, his presence in the black narrative is scarce. Younger people of color have either heard his name because of “What A Wonderful World,” seen a statue or building with his name on it, or know nothing about him. Louis Armstrong’s black audience began to dwindle in the early 1950s and became heavily populated by white fans. This shift explains why his legacy has not been as widely celebrated in the black community. During this time the Civil Rights Movement was gaining momentum and leading the community in a different direction than in the earlier half of the century.  African Americans were organizing, becoming more radical, and straying from the conformist ways of society. Louis was not the radical voice of their community and perhaps was viewed as a reminder of their past.

Today, young people of color are actively searching for more information and connections to their roots; researching figures that broke barriers and set the precedent for black excellence throughout history. I am apart of that community that wishes to uncover the truth and celebrate the accomplishments that made it possible for me to even be a part of this fellowship. As this program continues, my hopes are that more African Americans will take the journey to the Louis Armstrong House Museum and learn about this remarkable story.