I’m a strong advocate that it only takes one time, just one time, for someone to be influenced. Over the weekend, I sat back and realized that representation not only matters, but it’s vital.

For their annual Pops is Tops! concert series, the Louis Armstrong House Museum brought out trumpet extraordinaire Alphonso Horne and his ensemble to cover Armstrong hits and classics. Spanning three days, school-age groups were brought out to experience music in the garden. While some had never been to a jazz concert, others met the band with excitement and joy.

Over the course of the three days, Alphonso brought up a number of students to play Armstrong. Among all the students, one in particular named Phillipe played the role of Armstrong so great. He played it so well that he stayed beside Alphonso for a rather long period playing along with his small and fake trumpet trying to match the every sound, rhythm, and move of Alphonso. 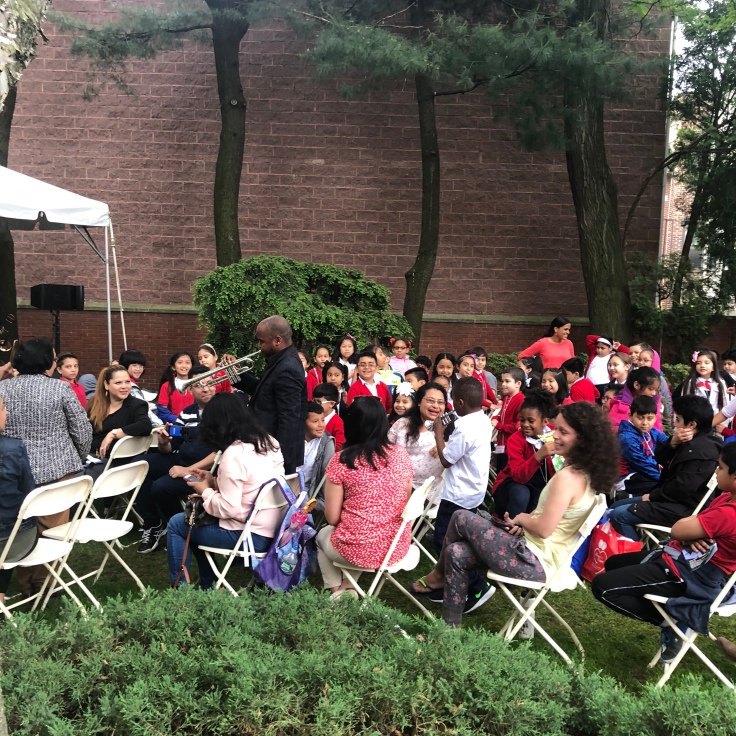 That’s all to say, his parents are going to have to buy him a trumpet and get things going.

The passion he exhibited on that stage was like no other, and he embodied the role of ‘lil Louie. Whether it be the way he stepped across the stage, bellowed the trumpet, or moved his little hips, the kid found his calling and needs to be ushered along the way into a starters music program.